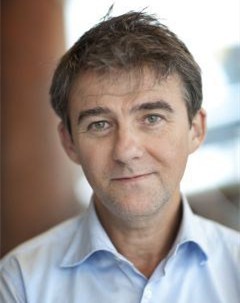 The research of Carlos Ibáñez utilizes a range of molecular, cellular and genetic techniques to elucidate the functions and molecular mechanisms of action of growth factors and their receptors as a framework from which to approach a wider range of problems, including unresolved issues in structural biology, cell signaling, neural development and, more recently, metabolic regulation. Due to pervasive roles of neuronal growth factors in all aspects of nervous system development, function and repair, this approach has allowed Ibáñez and his colleagues to address a range of fundamental problems in neurobiology, including neurogenesis, neuronal differentiation and survival, axon guidance, synaptogenesis and connectivity.

Together with his team, he has pioneered studies on structure-function relationships in neurotrophins, GDNF ligands and receptors, and identified determinants of ligand-receptor interaction and downstream signaling. This work has yielded molecules with novel pharmacological profiles, some of which are being tested in models of human disease. They have identified new ligands, receptors and interactions. They have discovered novel cellular functions, including a new mechanism of cell-cell interaction based on ligand-induced cell adhesion, and new mechanisms of cross-talk between signaling pathways, such as TGF- and Notch. Carlos Ibáñez has more recently become interested in metabolic regulation, primarily through his work on the ALK7 receptor. He discovered ALK7 in 1996, reported the first identification of a ligand in 2001, and a mouse knock-out in 2004. In work performed during the past years, he has discovered an important role for this receptor as a novel regulator of insulin release, fat accumulation and diet-induced obesity. Regular collaborations with the industrial sector have resulted in several patents, some of which underlie the current development of novel therapies for peripheral neuropathies, CNS and metabolic diseases.