Certain mutagens, including the APOBEC3 (A3) cytosine deaminase enzymes, can create multiple genetic changes in a single event. Activity of A3s results in striking 'mutation showers' occurring near DNA breakpoints; however, less is known about the mechanisms underlying the majority of A3 mutations. We classified the diverse patterns of clustered mutagenesis in tumor genomes, which identified a new A3 pattern: nonrecurrent, diffuse hypermutation (omikli). This mechanism occurs independently of the known focal hypermutation (kataegis), and is associated with activity of the DNA mismatch-repair pathway, which can provide the single-stranded DNA substrate needed by A3, and contributes to a substantial proportion of A3 mutations genome wide. Because mismatch repair is directed towards early-replicating, gene-rich chromosomal domains, A3 mutagenesis has a high propensity to generate impactful mutations, which exceeds that of other common carcinogens such as tobacco smoke and ultraviolet exposure. Cells direct their DNA repair capacity towards more important genomic regions; thus, carcinogens that subvert DNA repair can be remarkably potent.

Fran Supek is a Group Leader and head of the Genome Data Science group at the IRB in Barcelona, Spain. His group works on understanding the links between mutational processes, natural selection, gene function and phenotype by means of statistical genome analyses. Using cutting-edge computational techniques and machine learning methodologies for exploring massive genomic data sets. 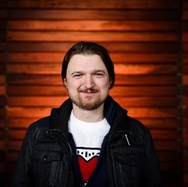