We each developed from a single cell — a fertilized egg — which divided and divided and eventually gave rise to the trillions of cells, of hundreds of types, that comprise the tissues and organs of our adult bodies. Advancing our understanding of the molecular programs underlying the emergence and differentiation of these diverse cell types is of fundamental interest and will impact almost every aspect of biology and medicine. For this aim, we have developed several high-throughput single-cell genomic techniques to clarify cell types and to determine the developmental stage of individual cells. Leveraging these methods, we profiled millions of single-cell transcriptomes from whole organisms, in species including the worm, mouse, and human. By quantifying the dynamics of embryonic development at single-cell resolution, we were able to map out the global genetic programs that control cell proliferation and differentiation at the whole-organism scale.

Junyue Cao is an assistant professor and lab head of single-cell genomics and population dynamics at The Rockefeller University. He received his undergraduate degree in Biological Science from Peking University and his Ph.D. in Genome Sciences from the University of Washington. His work focus on developing novel high-throughput single-cell genomic profiling techniques. These techniques enable profiling millions of single-cell transcriptomes from entire organisms, in species including the worm, mouse, and human. He has been recognized by several awards, including Verna Chapman Young Scientist Award from the International Mammalian Genome Society, WAGS/UMI Outstanding Innovation in Technology Award, and the 2020 Grand Prize for Young Scientist awarded by Science & SciLifeLab. 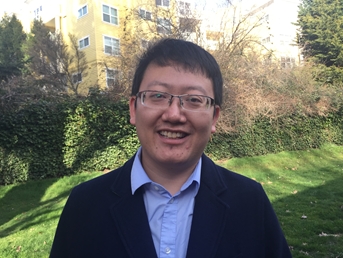